Minnesota Twins starting pitcher Phil Hughes shook up the internet last week when he hinted that he’s seriously considering transforming his surgically removed rib into a piece of jewelry.

Hughes underwent surgery last July to correct a condition called thoracic outlet syndrome. During the surgery, a small rib in the upper chest was removed to alleviate pain caused by the compression of nerves and blood vessels near his collarbone and shoulder.

While chatting with reporters in Florida early last week, Hughes discussed his recovery and the fact that he decided to keep the rib as a memento.

“I haven’t decided what the next step is,” he said. “I have a few ideas. Plating it with some sort of precious metal is one way to go. I’ll figure out something to do with it before it corrodes.”

Hughes’ outrageous jewelry concept sparked a surge of coverage and commentary by high-profile media outlets, such as USA Today, MSN, ESPN, Fox Sports and Yahoo! Sports, among others.

The 10-year veteran, who started with the New York Yankees and has been pitching for the Twins since 2014, turned to Twitter to chime in about the flurry of attention.

He tweeted: “2 things I definitely didn’t foresee myself making headlines for: Adele jokes and making a rib into bling.”

The Adele reference related to the singer’s “restart” of her live tribute to George Michael at the Grammy Awards. Hughes had tweeted, “I wish I could have gotten an Adele do-over on 168 pitches in my career.” 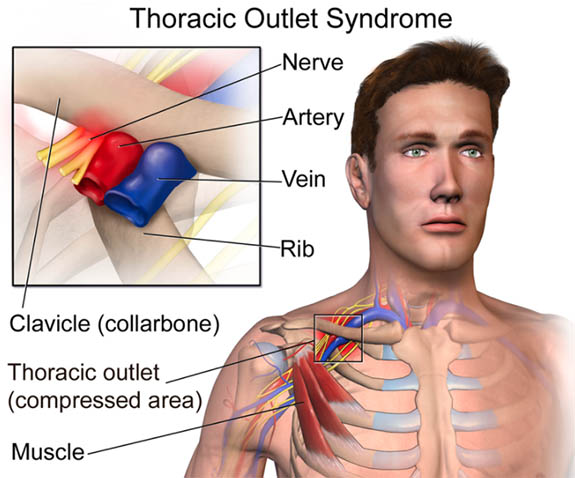 It’s not unusual for a patient to keep the rib after surgery, according to Dr. Robert W. Thompson of Washington University, who does more than 200 thoracic outlet syndrome (TOS) surgeries each year.

Thompson told USA Today, “It gives them a souvenir and a memory. A lot of the patients that have had this have gone through an awful lot of disability and difficulty getting a diagnosis. Then it’s treatment, recovery and rehabilitation. That little souvenir represents a long road that patients have gone through with this condition.”

It’s not clear right now if Hughes will actually have his rib dipped in gold and perhaps strung on a necklace, but we will be watching this story carefully as the baseball season unfolds.