Months ago, Tulsa native Russ Dugger scheduled a romantic vacation to scenic Key West, Fla., where he planned to surprise his girlfriend, Nadia Kyrylova, with a marriage proposal on the world famous beach. Little did he know that they’d be crossing paths with a Category 4 hurricane. 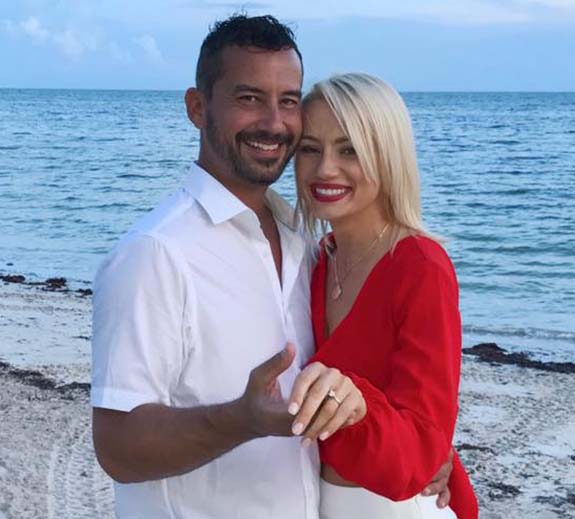 The couple checked into their Key West hotel last Sunday, and Dugger was all set to pop the question on Wednesday with the assistance of the hotel staff. 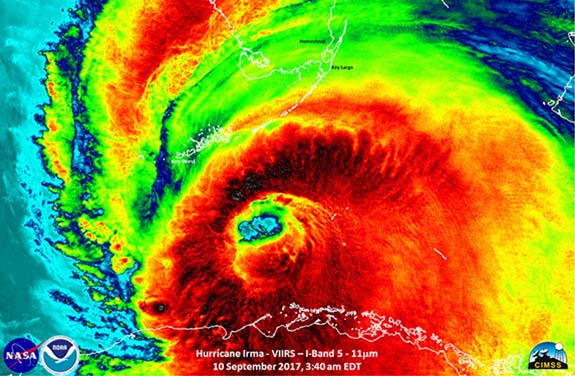 But, with Hurricane Irma predicted to make a hard, northward turn from Cuba toward the Florida Keys, hotel officials instructed the couple on Tuesday morning that they had to evacuate before Wednesday at noon.

By Tuesday afternoon, Key West looked like a boarded-up ghost town, but Dugger wasn’t going to let a hurricane stand in the way of his proposal. The couple had already survived a tornado together in Tulsa.

Most of the hotel staff had already evacuated, so he would have to go it alone.

In a scene that could only be described as surreal, Dugger proposed to Kyrylova Tuesday afternoon on an impossibly deserted Key West beach.

Kyrylova accepted Dugger’s marriage proposal and a diamond engagement ring with a resounding “Yes.” But, now the couple had to outrun one of the biggest and most powerful hurricanes to ever make landfall in the U.S. 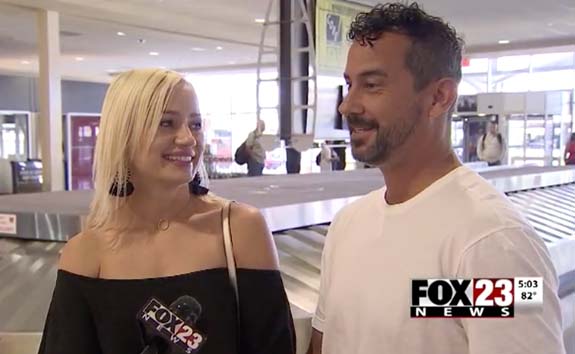 On Wednesday, they hopped into their rented car and made the four-hour journey to Ft. Lauderdale airport. There, they waited for hours, hoping that their Fort Lauderdale-to-Dallas-to-Tulsa flight would be allowed to take off. By Thursday, they had finally arrived in Dallas, where they spent the night. On early Friday morning, the exhausted, but relieved, couple was greeted by a Fox news crew at the baggage carousel at Tulsa International Airport.

Dugger and Kyrylova will be able to tell future generations that their love was able to overcome two natural disasters — an Oklahoma tornado and a Florida hurricane.

The couple plans to marry in Colorado in 2018.