Actress Brooke Shields told InStyle magazine how she made a secret pact with a delivery-room nurse so she could wear her father's signet ring — on a chain — when she went into labor with her first daughter, Rowan. Shields' beloved dad, Francis, had passed away only a few weeks earlier, so the ring provided her with the comfort that her dad was in the room. 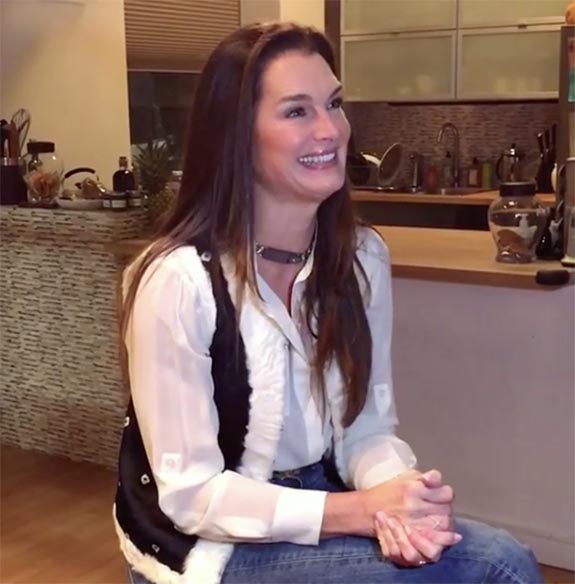 A towering figure at 6'7" tall, Francis wore his signet ring everywhere, according to Shields. The ring, which was engraved with an octagonal crest and topped with an eagle, had been a gift from Francis' mother, who was the daughter of an Italian prince and an American socialite. Throughout the years, the ring served as a reminder of the family's rich lineage that included noble families throughout Italy.

As a child, Shields remembered looking up at his pinky and admiring the family crest.

"He kept it on until his health took a turn for the worse in 2003," Shields told InStyle. "I was about to give birth to my first daughter when he passed away. When I went into labor a few weeks later, I asked my stepsister to bring my dad's ring to me in the hospital."

Jewelry was not allowed in the delivery room, but Shields convinced one of the nurses how important it was to have her dad's ring with her while going through labor.

"I wasn't allowed to put it on my finger because I was going into surgery, but the loveliest nurse found a chain so that I could have it around my neck," Shields said. "It was still against the rules, but she said it was 'our little secret.' I was so comforted because it was as if he were in the room with me."

"I still wear the ring often and think about my dad every time I do," she told InStyle. "I love its role in our family history."