Did you hear the story about the Boston jeweler who purchased an old scarf pin at an estate sale only to find out later that the "garnet" at the center of the pin was actually a priceless 5.03-carat red diamond? 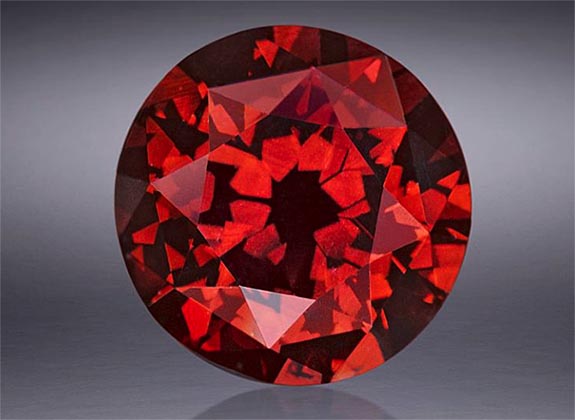 Today, The DeYoung Red Diamond enjoys its permanent residence at the Smithsonian in Washington, DC, and ranks as the world's third-largest red diamond. It's also an amazing example of April's official birthstone.

Here's what we know about the origins of the red diamond.

Some time during the 1930s or 1940s, jeweler Sydney DeYoung (1897–1986) scooped up a nondescript scarf pin at an estate jewelry sale. But when he took it back to the shop and inspected it more thoroughly, the deep-red stone seemed to be of unusually high quality considering the apparent age of the jewelry.

A gem laboratory confirmed that the modified round brilliant-cut gem at the center of the scarf pin was an impossibly rare red diamond boasting a VS2 clarity grade. Today, only the 5.05-carat Kazanjian Red Diamond and the 5.11-carat Moussaieff Red Diamond are larger.

According to an account by the Smithsonian, DeYoung removed the stone from its setting, kept it in a vault, and never offered it for sale.

DeYoung decided to bequeath the diamond to the Smithsonian, and it officially became part of the National Gem Collection in December of 1987.

Curiously, The DeYoung Red Diamond was mailed to the Smithsonian in an uninsured, ordinary box. Today, the red diamond shares a display in the Janet Annenberg Hooker Hall of Geology, Gems, and Minerals with another gift from the Boston jeweler — the 2.86-carat DeYoung Pink Diamond.