Thirty years ago, a woman from west London scooped up a showy ring for £10 ($13) at a car boot sale. Convinced that it was costume jewelry due to its inexpensive price, oversized center stone and filthy mounting, the woman cleaned it up and made it part of her day-to-day fashion wardrobe. (For Brits, a car boot sale is akin to a flea market.) 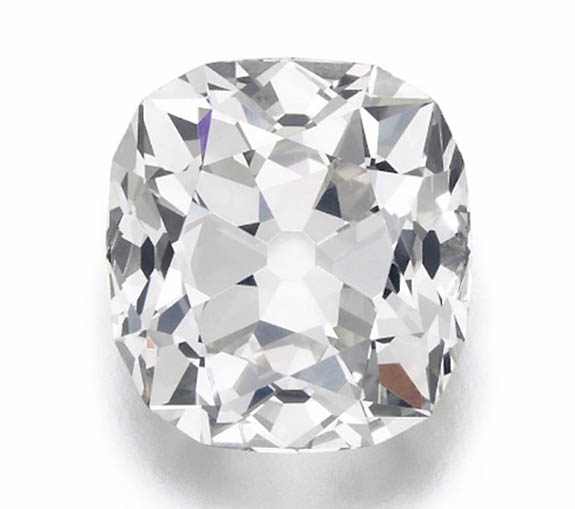 Now, decades later, Sotheby’s London will be putting the ring on the auction block on June 7 for a staggering pre-sale high estimate of $448,000. You see, the bauble turned out to be a 26.27-carat, antique cushion-shaped diamond that dates back to the 19th century.

“The owner would wear it out shopping, wear it day-to-day. It’s a good looking ring,” Jessica Wyndham, head of Sotheby’s London jewelry department, told the BBC. “But it was bought as a costume jewel. No one had any idea it had any intrinsic value at all. [She] enjoyed it all this time.”

Only recently, a local jeweler told the owner that the ring could be very valuable. The owner, who did not want to be identified, took the ring to Sotheby’s, which confirmed the authenticity of the diamond with a report from the Gemological Institute of America. The diamond earned an impressive clarity grade of VVS2 and an “I” color rating.

The owner had been convinced that her stone was a fake because it didn’t sparkle like a modern diamond.

“With an old style of cutting… the light doesn’t reflect back as much as it would from a modern stone cutting,” Wyndham said. “Cutters worked more with the natural shape of the crystal, to conserve as much weight rather than make it as brilliant as possible.”

Wyndham said the sale of the ring would be life-changing for the owner. She called the ring a “one-off windfall, an amazing find.”

The post $13 ‘Fake’ Gem Bought 30 Years Ago at a ‘Car Boot Sale’ Turns Out to Be 26-Carat Diamond Worth $448K appeared first on Diamond Designs | Orange, CT Jewelry Store.